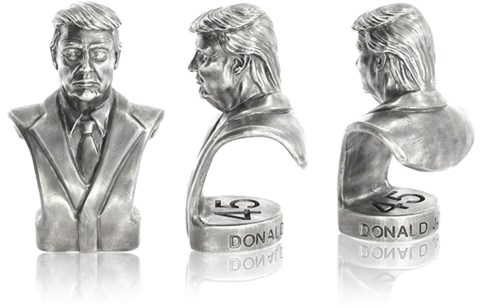 Loved by many, hated by so many more, Donald J. Trump is the 45th President Of The United States. From travel bans to border walls, to some he appears to be an unhinged rogue. But you may be surprised to learn that the drama surrounding him pales in comparison to the men that are now regarded as the greatest presidents of all time.

Hand-cast by master silversmiths using old-world techniques, the Trump Silver Bust is a lasting tribute to a man that will stand tall, like other great presidents that led the country through tumultuous times before him. In the spirit of the controversy surrounding the sitting POTUS, the collection kicks off with those whose presidency was (or is) marked with scandals so obscene, they make Trump appear… presidential.

Would you believe the man immortalized in monuments, holidays and universities, was more despised during his time in office than Trump?

Frequently accused of treason by his congress, Washington acted more like a King than President, hovering close to dictatorship. Washington blatantly disregarded the first amendment, denying grain farmers the right to petition the government after his new central bank went broke and taxed whiskey to cover its losses. Ultimately, Washington raised an army to enforce compliance with the tax. But here we are, over 225 years later, and Washington is viewed with love and respect for his contribution to Making America Great.

During his presidential campaign, Lincoln was a man so unpopular, southern states threatened to leave the USA if he was elected. And sure enough, before he took office, seven did, with four more to follow.

Lincoln, with little regard for the Constitution, suspended habeas corpus, a pillar of American democracy. Ignoring state’s rights, Lincoln charged into the Civil War – the bloodiest war in American history, with more than 1.6 million recorded casualties.

But, 150 years later, we remember Honest Abe as the president who held the Union together during a tumultuous time, and the man who paid the ultimate price for the abolishment of slavery.

Embroiled in scandal Richard Milhous Nixon was probably the most fascinating president of the 20th century. Coming into office in 1968 and becoming the 37th President, Nixon’s views were quite different in comparison to his democratic predecessors. With his presidency eventually cut short by “Watergate”, the most controversial scandal of its time, Nixon’s 6 years in the White House represented a pivotal point in American politics.

From a nuclear arms control agreement with the Soviet Union to creating the Environmental Protection Agency, Nixon does hold some groundbreaking achievements. Despite his achievements and best efforts at repairing his reputation, his terms in office are still met with criticism. Regardless of how you view Nixon, there is no denying that his presidency was a turning point in American politics and the start of a two decade Republican dominated regime.

Cast in fine 925AG, this life like detailed Richard Nixon Silver Statue brings him back to life and into your hands. Containing 20+ Troy Ounces of Silverand possessing Nixon’s infamous features like his prominent nose and slightly protruding jaw, you can be sure this statue was built to impress.

“No great man lives in vain. The history of the world is but the biography of great men.”
– Thomas Carlyle 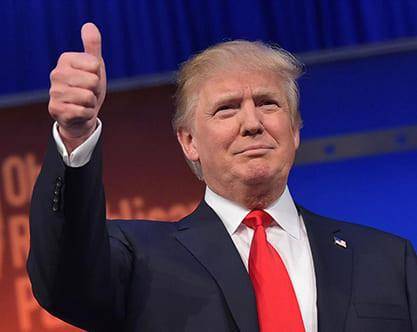 Will Trump take the crown from Lincoln as the most loathed president in history? In time, his legacy will be revealed. There is no denying Trump will go down in history just as Lincoln and Washington did – both despised and admired. But will he succeed in “Making America Great Again”? And what will that look like in 150 years?

Start your 45 piece collection with the three most uproarious presidents in history. Take home your favorite; or secure the first three from our ‘Loathed And Loved’ Series of investment-grade collector’s pieces.

Each heirloom-quality silver statue weighs 672+ grams, and contains more than 20 Troy ounces of silver. All 45 busts will be released over the next 45 months at dates historically relevant for each past president. Stay tuned for more info! 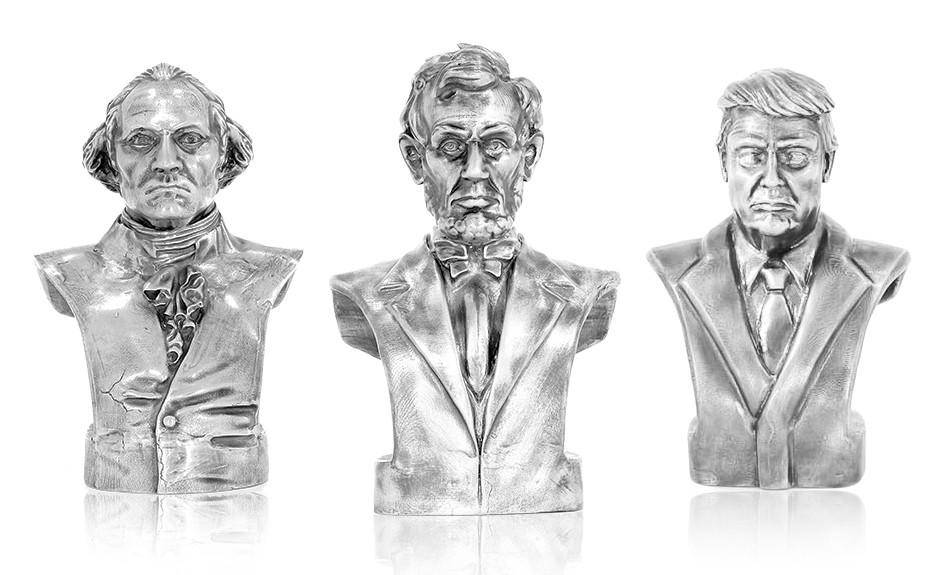 … These presidential busts serve as a precious reminder – greatness will come when you least expect it. And the passage of time is what truly defines a great man, and president.

The Lincoln Memorial
$722.38
Not Available